Why Does My Child Misbehave? Part 2

Home > Child Counseling > Why Does My Child Misbehave? Part 2

Why Does My Child Misbehave? Part 2 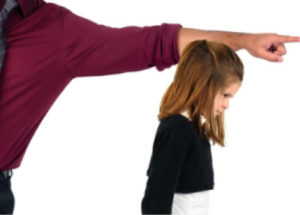 Negative reinforcement is when a certain stimulus is removed after a particular behavior is exhibited. Sometimes, without realizing it, we increase the likelihood of inappropriate behavior occurring by removing/avoiding a negative consequence. Let me explain!

Your son is in math class, which is his worst subject. During class, he is called up to the board to complete a math problem. He knows he does not know the answer; the last thing he wants to do is go up in front of the class and get it wrong. He decides to rip up his paper and throw it. The teacher tells him to pick it up. He now throws his book on the floor, picks up the papers and throws them in the trash can right before he kicks the can over. The teacher starts yelling at him and sends him to the principal’s office.

If he acts out in class, he will have to go to the principal’s office, but he won’t have to embarrass himself by not being able to do the math problem in front of the class. Your child’s teacher negatively reinforced his inappropriate behavior by allowing him to avoid the math problem, which was why he misbehaved.

The goal is to prevent your child from escaping the task. Instead of sending him to the principal’s office, which allowed him to avoid the task, assign additional homework or something similar, so that he is not “rewarded” for his inappropriate behavior.

You give your child her plate at dinner which has three pieces of broccoli on it. Your daughter eats her chicken but refuses to eat the broccoli. You keep reminding her to eat her broccoli, but she starts screaming and shouting. Her tantrum becomes increasingly louder so you take away the broccoli and send her to bed.

Your daughter learned that when she does not want broccoli, all she has to do is scream and you will remove it. That is negative reinforcement. You have increased the likelihood of her inappropriate behavior continuing in the future by removing the broccoli, which was exactly what she wanted.

As hard as it might be, it is important to ignore the tantrum. Plan a small reward, and tell your child they will receive it upon eating at least one of the pieces of broccoli.

If you are struggling with finding and following through with a better solution, don’t worry. You are not alone. Feel free to give me a call and let’s discuss it. I am here to help you.

Can you think of any other examples that illustrate negative reinforcement of a child’s inappropriate behavior? What might you do differently?