Why Does My Child Misbehave?

Home > Child Counseling > Why Does My Child Misbehave?

Why Does My Child Misbehave?

I have heard many parents say, “I just don’t know why my child is not listening. I have tried everything, but nothing works.” Sound familiar?

Children do not misbehave without reason! There are two fundamental concepts that influence a child’s negative behavior. This blog will concentrate on positive reinforcement.

Next time your child acts-out, look at what happened right before their inappropriate behavior. This is known as the antecedent. An antecedent is a stimulus that cues a person to perform a learned behavior. Anytime we reinforce a behavior (good or bad) we are increasing the likelihood it will happen again.

Positive Reinforcement is when we add a reward after the behavior. I often hear, “No, I never give my child a reward when they are bad.” Well let’s think about the example below:

You are at the store and your child asks you nicely for a candy bar. You say, “No, because we are having dinner soon.” She asks you a few more times but you continue to say, “No.” 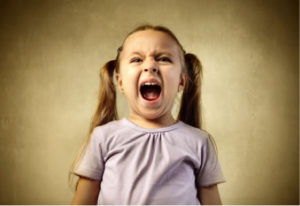 Now she starts throwing a tantrum and everyone is staring at you. You are humiliated, so you give her the candy bar.

What did you just do?

You positively reinforced your child’s tantrum by rewarding her with the candy bar.

That when they throw a tantrum, you will eventually give them what they want.

What you can do in the future?

Follow through with your first answer. You need to show your child that you mean what you say no matter what they do. By following through with your first answer (ALL THE TIME), your child will not only learn where the boundaries and limits are, but that you mean what you say. Once they realize that their behavior will not alter your answer, you will see a drastic decrease in their inappropriate behavior.

If you are a parent that has been positively reinforcing your child’s inappropriate behavior for many years, you need to know that it will take time for you to see a decrease in their negative behaviors. Actually, you will most likely see the behavior get worse before it gets better!

Why? Your child is used to getting their way when they misbehave. Next time your child is throwing a tantrum and realizes you are not giving in, they will try harder hoping that it will make you cave. It may take many incidences of inappropriate behavior before your child realizes, “Wow, mom’s not giving in.” At this point, you will begin to see a decrease in their misbehavior.

Believe me, your child does not want to throw a tantrum if they are not going to get something they want out of it. It’s just way too exhausting for no reward.

Start right now with setting appropriate boundaries, and help your child realize you mean what you say! This will help them understand what is expected and will result in an improvement in their behavior.

In my next blog, I will tackle the second fundamental concept that influences your child’s negative behavior.